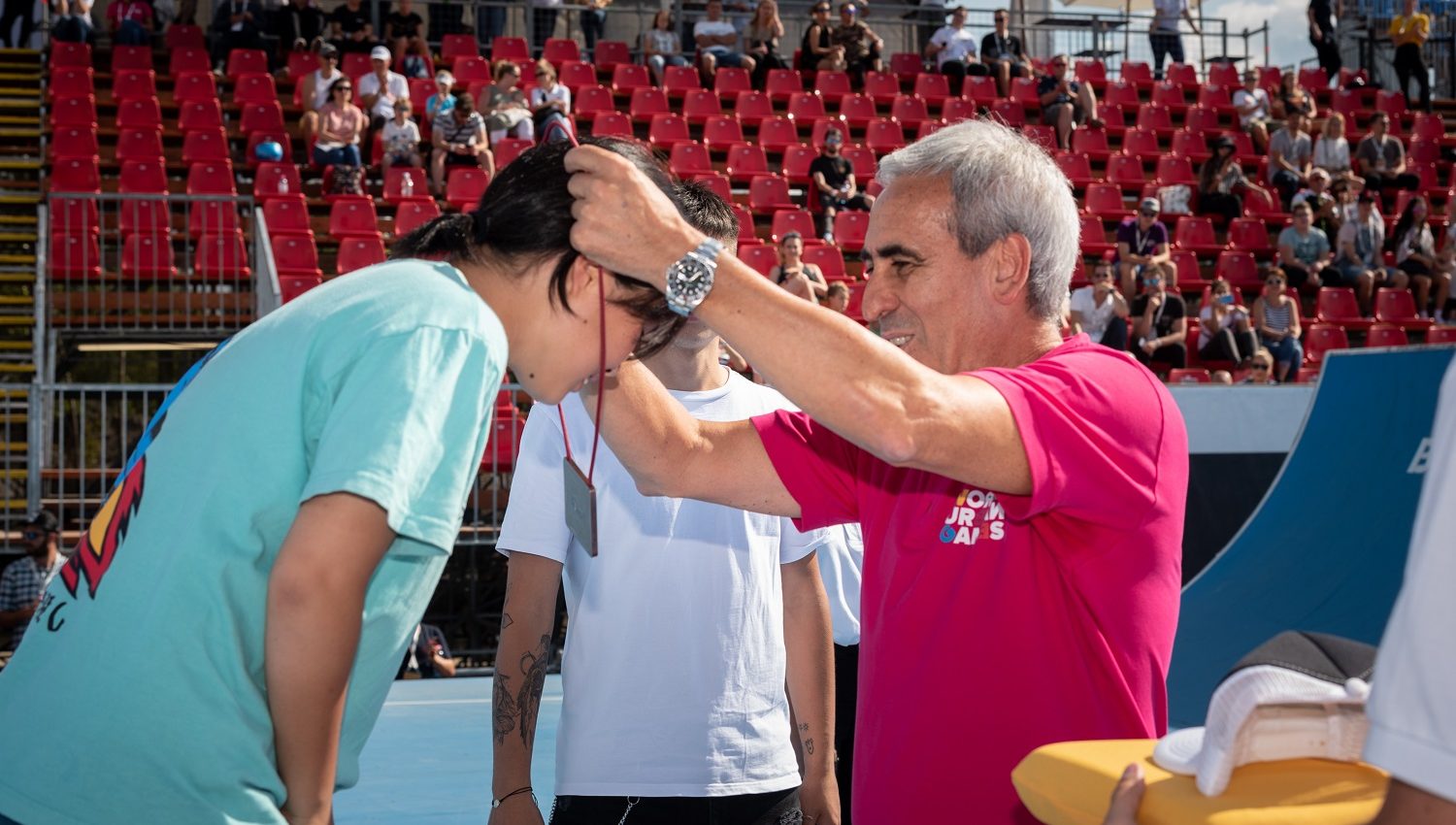 The World Urban Games continues to stand out, not only because of the incredible standard of sport on offer but because of the unique designs that have been applied to every area of the Games.

From the layout of the fields of play which ensure that fans are surrounded by sport and urban culture, to the creative design of the medal podium, made of urban material to ensure all aspects of the Games remain true to the core vision.

Even the medals have taken an urban twist and will serve as a historic reminder to winning athletes of their place in the first ever edition of the World Urban Games. Designer László Kutassy is an award-winning medal and prize creator, having specialised in sports competitions for a number of years.

Kutassy said that he wanted the medal to a reflection of the Games themselves.

Each medal is made from a rectangular steel pipe which has been sliced into smaller pieces to make the frame. For the middle, Kutassy inserted a rubber middle into the steek frame and poured the concrete in. Finally, the technique of galvanising paint gave the awards their respective colours of gold, silver and bronze.

Each of the frames also have their respective sports discipline etched on them. 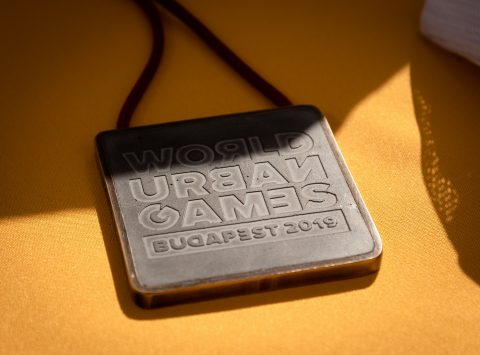 “When we commissioned the World Urban Games medals, we wanted something that encompassed the urban feel and the soul of Budapest.

“Our city has some of the most iconic architecture in the world and it is fitting that these medals are made from materials of the city.”

“Only a small number of athletes will ever be able to say ‘I won a medal at the inaugural World Urban Games’. Therefore, we wanted something that will be memorable and distinctive.

“I hope that these athletes will look back on their medals in many years’ time and know that they were a part of history.”