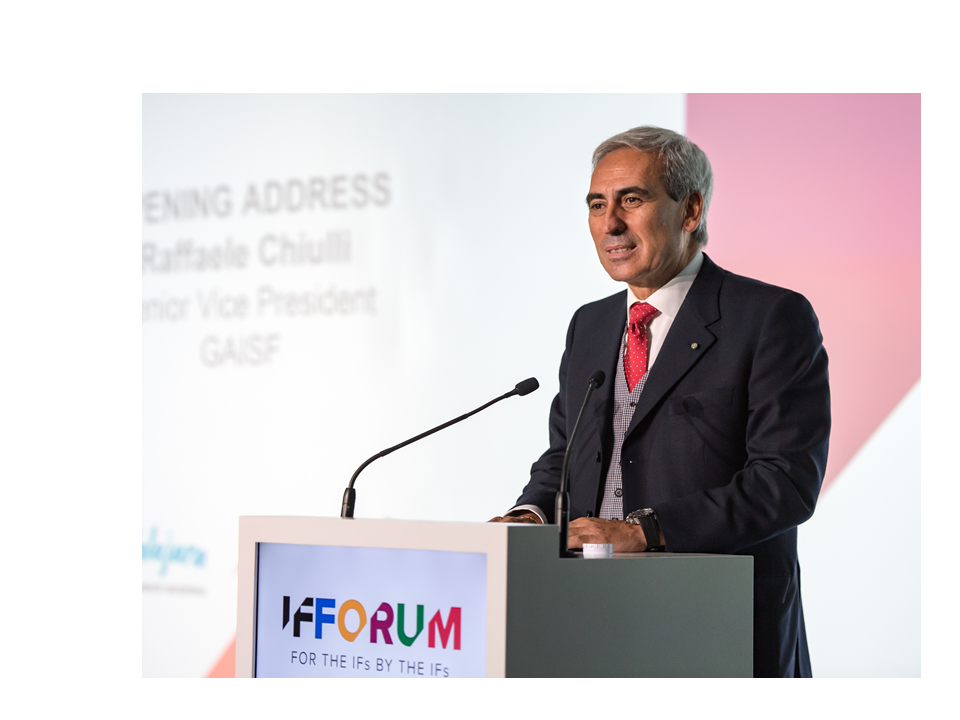 SportAccord is delighted to confirm Raffaele Chiulli was unanimously elected President of SportAccord at the SportAccord General Assembly which took place on Wednesday 8 May 2019 in Gold Coast, Queensland, Australia.

Commenting on his new appointment as President of SportAccord, Dr Raffaele Chiulli said:

“I am proud to have been unanimously elected as SportAccord President.

“Sport has never been more relevant as a means of bringing people together around the values of inspiration, unity and respect. I am very excited by the scope for us to do more really valuable work in the future.

“SportAccord is a powerful brand, going from strength to strength and widely known as the place to connect. It is a great platform for learning and sharing, which brings together International Federations and the wider sports world. And our gathering here in Gold Coast will be one of the biggest and most relevant of the year.

HRH Prince Feisal of Jordan, and other leaders of sport and civil society, alongside more than 250 children and young people representing 150 schools throughout Queensland.

“This year we launch SportAccord regional conventions starting in Fort Lauderdale, Florida in December and we can look forward to much more in the future.”

SportAccord focuses on driving positive change internationally and dedicated to engaging and connecting; international federations, rights holders, organising committees, cities, press and media, businesses and other organisations involved in the development of sport.