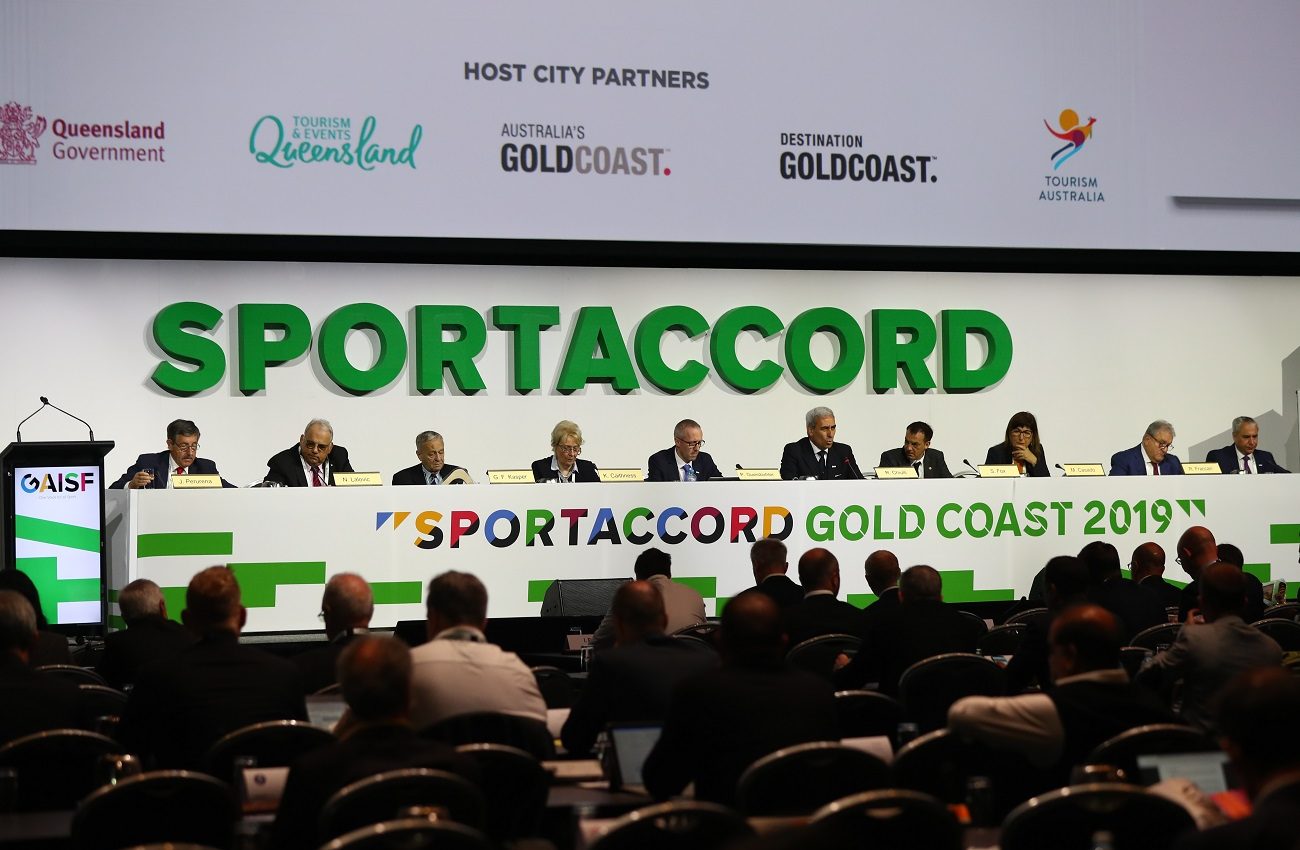 Ahead of the election, Dr Chiulli laid out his work programme for the future of GAISF. His plans include supporting International Federations in their promotion of youth development programmes and social responsibility initiatives, as well as strengthening the role of GAISF as a services-based organisation.

In his programme, which was sent to all GAISF Members ahead of the General Assembly, Dr Chiulli said that he wanted to ensure GAISF was a forward-thinking organisation with a focus on good governance.

“Whilst I am loyal to the traditions, values and principles of GAISF, I also believe that we must be a modern and forward-thinking organisation,” Chiulli said. “I believe GAISF can and should be a driving force in supporting International Federations to achieve their goals.”

Dr Chiulli was due to stand for election at the 2020 General Assembly. However, following the passing of Patrick Baumann in 2018, GAISF Members accepted the Council’s proposal to bring forward the presidential rotation by a year. President Chiulli’s term is therefore due to end at the General Assembly in 2021.

“I am proud to have been elected as President of GAISF,” President Chiulli said. “It is a great privilege and honour to serve GAISF’s 125 Members, Associate Members and observers, and to represent, promote and protect their common interests. Our actions should reflect this mission with integrity and transparency and I am thoroughly looking forward to seeing what we can do together.”

There were a number of key updates delivered at the GA, including the announcement that the 2021 World Combat Games will be held in Nur-Sultan, Kazakhstan. GAISF signed a host city agreement with the Local Organising Committee during SportAccord 2019 and will now begin preparations for the event.

Multi-sport games are a key priority for GAISF, with the World Urban Games Budapest 2019 set to take place in September. Ivan Rózsa, Communications Director for the Budapest 2019 Local Organising Committee, updated the GA on the progress of the Games as excitement continues to build.

Rowland Jack, Founder of the sports governance consultancy I Trust Sport also delivered a report on the Good Governance Survey carried out by GAISF with ARISF and Alliance of Independent Recognised Members of Sport (AIMS) members over the last six months.

The results found that, whilst many IFs are doing excellent work with respect to governance, there is still much scope for improvement. The report called on IFs to “act promptly to identify and implement reforms, taking account of the specific needs of the organisation and the context in which they find themselves.”

GAISF has already received extensive positive feedback from a number of IFs that are taking steps to actively improve their governance procedures as a result of the survey, and GAISF will continue to challenge and support its Members on their important governance work.