As a Professor, President Chiulli is used to engaging with young bright minds, and he took great pleasure in discussing the global sport landscape and the international sport institutions roles and responsibilities.

President Chiulli spoke enthusiastically about the GAISF’s initiatives and upcoming events, as well as the Olympic Movement and GAISF’s role in providing a pathway for International Federations to develop and grow.

The GAISF and SportAccord President also spoke passionately about the need for International Federations to engage with social responsibility and environmentally sustainable projects. With World Taekwondo President Chungwon Choue present at the lecture, President Chiulli referenced the work done through World Taekwondo and the Taekwondo Humanitarian Foundation with regard to aiding refugees around the world.

President Chiulli also discussed the role of GAISF as a multi-sport games organiser, with the emphasis on providing an affordable, accessible and sustainable platform for growing and emerging sports disciplines to take part in. A concrete example are the World Urban Games, powered by GAISF, which will take place next week.

During the lecture, President Chiulli also engaged students on the role of sports in promoting gender equality, youth development and social inclusion.

“I hope that you have seen that sport has the power to change the world,” President Chiulli said. “It has the power to inspire, it has the power to unite people in a way that little else does. It speaks to youth in a language they understand. Sport can create hope, where once there was only despair. It is more powerful than governments in breaking down racial barriers.

“I believe that, together, we are greater than the sum of our individual ambitions and, together, we can build a better world through sport.”

During his trip to Asia, President Chiulli has also attended the 2019 IJF World Championships in Tokyo, the 2019 World Martial Arts Masterships and received the honorary doctorate from Yong In University for his outstanding competence and services to sport. 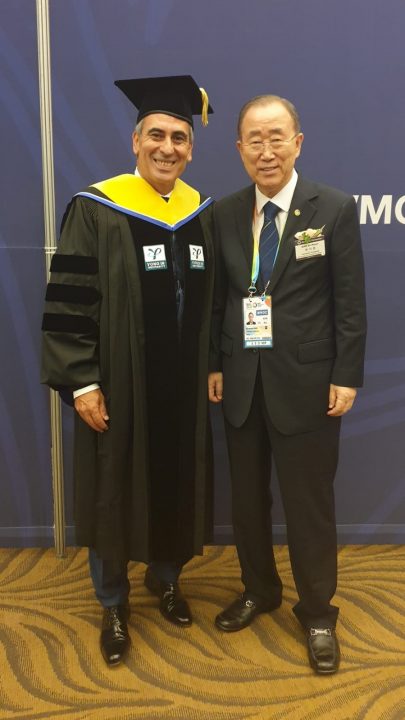