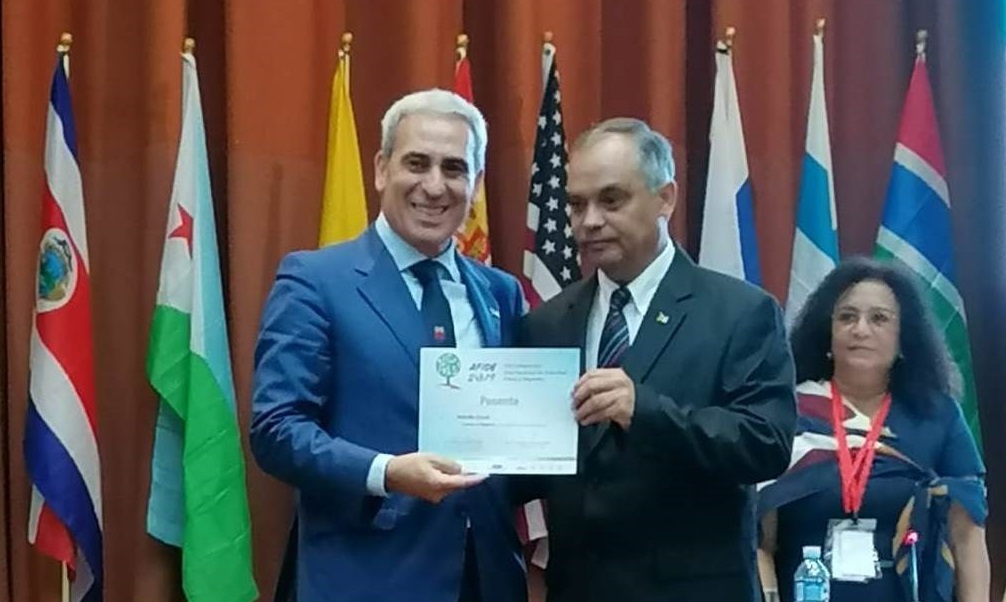 GAISF and SportAccord President Raffaele Chiulli was this week welcomed in Havana by the highest Cuban sport and governmental authorities as the two delegations met to further strengthen the collaboration between International Federations and the Republic of Cuba.
During his visit, President Chiulli had constructive and productive meetings with the Minister of Sport and President of the Instituto Nacional de Deportes, Educacion Fisica y Recreacion (INDER), Osvaldo Vento Montiller, and with the President of the Cuban Olympic Committee, Roberto Leon Richards.

As a distinguished speaker at the AFIDE 2019 Congress held at “Palacio de Convenciones de La Habana”, which was attended by more than 500 delegates from all over the world, President Chiulli gave a speech on “Sustainable sport for all”, the main theme of the conference.
Dr. Chiulli highlighted GAISF’s mission as “the united voice of Sport,” in support of the Olympic ideals and of the Olympic movement and its relevance to promote sport at every level and in every corner of the world, from grassroots to elite.
President Chiulli said at the Congress:
“Sport provides education and guidance to young generations and can unite in diversity regardless of faith, race, culture, beliefs, gender and ability. Through the universal language of sport, we can achieve respect for all, be understanding of each other’s traditions and values in a more integrated community. GAISF is committed to build a better world by educating youth through sport”.
“Sport is our passion and whether we are playing, supporting or coaching, we can have a positive impact both on and off the sports field. The practice of sport is a human right and every individual must have the possibility of practicing sport, without discrimination, with a spirit of friendship, solidarity and fair play.”

The Minister of Sport and President of INDER awarded President Chiulli with the “Premio Especial José Yánez Ordaz”, the highest award in science, technology, innovation and environment, for his work and achievements.
“It is a great honor to receive this prestigious award and recognition”, President Chiulli said after receiving the award. “I sincerely thank the Minister of Sport and the Cuban Authorities for their recognition of my work and it is also an encouragement for me to continue exceeding expectations.”

Coinciding with the 500th anniversary of the foundation of the historic city of Havana, the GAISF and SportAccord President visited the infrastructures of the “High Performance Sports Center” and the fully accredited Cuban Anti-Doping Center, where he discussed opportunities to strengthen the cooperation in the fight against doping with Director Rodney Montes de Oca.
President Chiulli also visited the Sport City – the House of Cuban Sport – and its majestic Coliseum where key world sporting events have taken place and where the headquarters of the INDER are situated. While there, President Chiulli met with legends of Cuban sport, including two-time Olympic and world champion volleyball player, Yumilka Ruiz.
The GAISF and SportAccord President started the Marathon “Marabana Cuba-Maracuba 2019” and took part at the Sport Festival on the National Day of Physical Culture and Sport, as well as the anniversary of the foundation of the City of San Cristobal de La Habana and its proclamation by UNESCO as a World Heritage Site.

President Chiulli was then invited by the Rector of Havana University of Sports Sciences and Physical Culture, Dr. Hector Noa Cuadro, to give a Lectio Magistralis on “El lenguaje universal del deporte” attended by more than 1000 students. 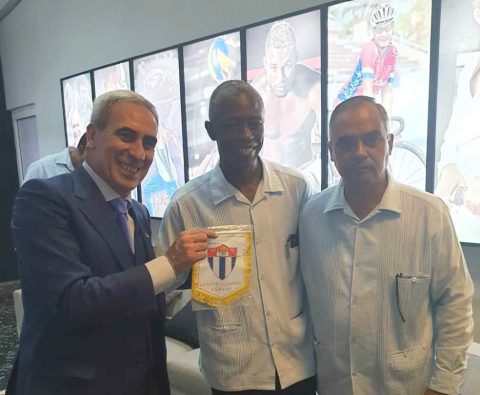 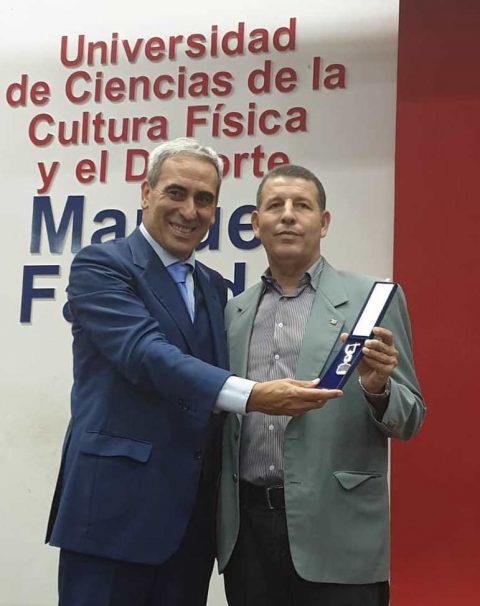