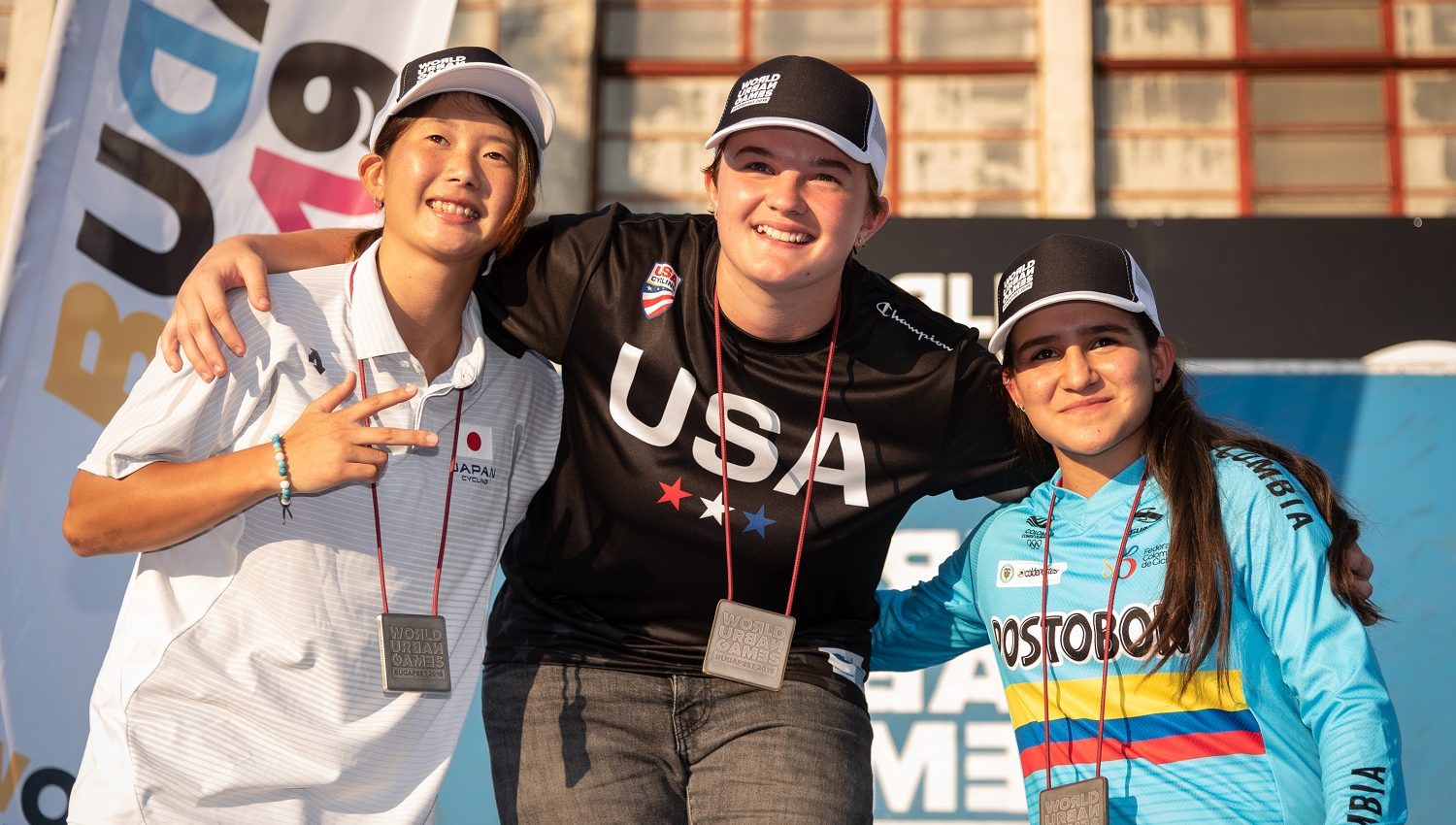 Sport plays an important part in creating female role models and inspiring the next generation of girls and young women, not only to live a healthy and active lifestyle but to compete at the highest level.

“International Women’s Day has taken place for more than 100 years and it is only right that sport celebrates this vital day,” GAISF President Raffaele Chiulli said. “As President of the International Powerboating Federation (UIM), I have seen the dynamic impact that sport can play. But as President of GAISF, I know that together we are even more dynamic, and have the opportunity to level the playing field once and for all.”

Across the world, sport united in supporting International Women’s Day, and GAISF Members executed a number of activations to raise the profile of women’s sport.
The International Netball Federation (INF) commissioned a poem especially for the day, and athletes such as Jade Clarke, Karla Pretorius and Jhaniele Fowler took part in a series of videos giving advice to women and girls:

How has Netball made a positive difference in your life? Comment below⤵️#IWD2020 pic.twitter.com/Q7bGdBOtVM

A number of IFs have highlighted legendary women; the World Air Sports Federation (FAI), for example, profiled Baroness Raymonde de Laroche on its website, the first woman to obtain her pilot’s licence.

On the 8 March the Fédération Equestre Internationale (FEI) posted an article dedicated to its ‘fantastic females’, and uploaded a video across its socials to celebrate its amazing female athletes:

“The world needs powerful women. Women who lift & build others. Who live bravely, both tender & fierce. Women of indomitable will.”

Everyday we celebrate women, but this #InternationalWomensDay it's time for change. Because strong women = a strong world. #WomenInSport #IWD2020 pic.twitter.com/wq8oICzaZd

The Badminton World Federation (BWF) showcased outstanding women’s performances by running a feature story on Giuliana Poveda, a rising star in Peru. Poveda became Peru’s first badminton world champion when she won the BWF Para Badminton World Championships in 2019. This year she has achieved gold at both the Brazil and the Peru Para Badminton International tournaments, and has ambitions to become a coach to help the next generation of athletes when her playing career comes to an end.

It is International Women's Day! 🚨
Watch these powerful and emotive video clips from the UIPM 2019 Pentathlon World Cup Final in Tokyo! It recaps some of the best moments of the 3 female medalists! 💪#modernPentathlon #UIPM #athletes#InternationalWomensDay pic.twitter.com/4SuwshIKPR

The Union Cycliste Internationale (UCI) organised a bike ride from the UCI Headquarters for women in partnership with Swiss Cycling:

To celebrate #InternationalWomensDay a group ride was held from the UCI Headquarters in collaboration with @swisscycling and @aiglemartigny20 !

The International Aikido Federation (IAF) organised a six-day seminar series for female aikido practitioners around the world to promote role models and encourage increased numbers of athletes and coaches.

Meanwhile, the International Hockey Federation (FIH) published a series of stories to from across the globe, promoting the inspirational women in its sport which can be found here.

To celebrate the day, the International Rugby League (IRL), which recently secured its GAISF Observer Status for another two years, announced its women’s international calendar for 2020, as well as producing an eight-day series of articles highlighting women involved with the Rugby League World Cup 2021. Using the hashtags #IntRLforEqual and #EachforEqual, the IRL encouraged athletes at all levels to post photos and videos.

As a truly mixed-gender sport, the International Korfball Federation (IKF) is passionate about promoting the central role of women. Leading up to this year’s celebration, the IKF social media team began highlighting the importance of the day:

To mark the day, the World Association of Kickboxing Organisations (WAKO) highlighted women from the sport who have stepped up and achieved success, such as coach, referee and WAKO official Pooja Harsha, who has inspired many women and young girls to take up kickboxing in a web story.

At the International Teqball Federation (FITEQ), Chair of the FITEQ Athletes’ Committee Natalia Guitler sent a message to the “queens of the teqball family” calling for all female athletes to “have strength and determination to overcome ourselves and show our power”.

The International Basketball Federation (FIBA) organised a host of social media activations across its various accounts, whilst FIBA 3×3 launched a new Instagram account dedicated to women, demonstrating its strong support for its female athletes:

To celebrate this day, World Curling featured video message from Wang Bingyu, an Olympic medallist and the federation’s Sport Manager, and also posted an article to honour its amazing female athletes and the women who work in the sport.

Finally, this week, World Rugby extended its Women’s Executive Leadership Scholarships programme after it achieved global success. Since 2018, 37 scholarships have been awarded and 12 more will be available in the next year.

Launched to accelerate the rise of women in key leadership roles on and off the field, the scholarships programme offers opportunities for professional and leadership development for women in its member unions and regional associations. It is open to women who are currently involved in rugby at governance or senior management level, or have the potential to be a senior manager within the sport or on a union or region board within two years. For more information on the scholarship, please click here.