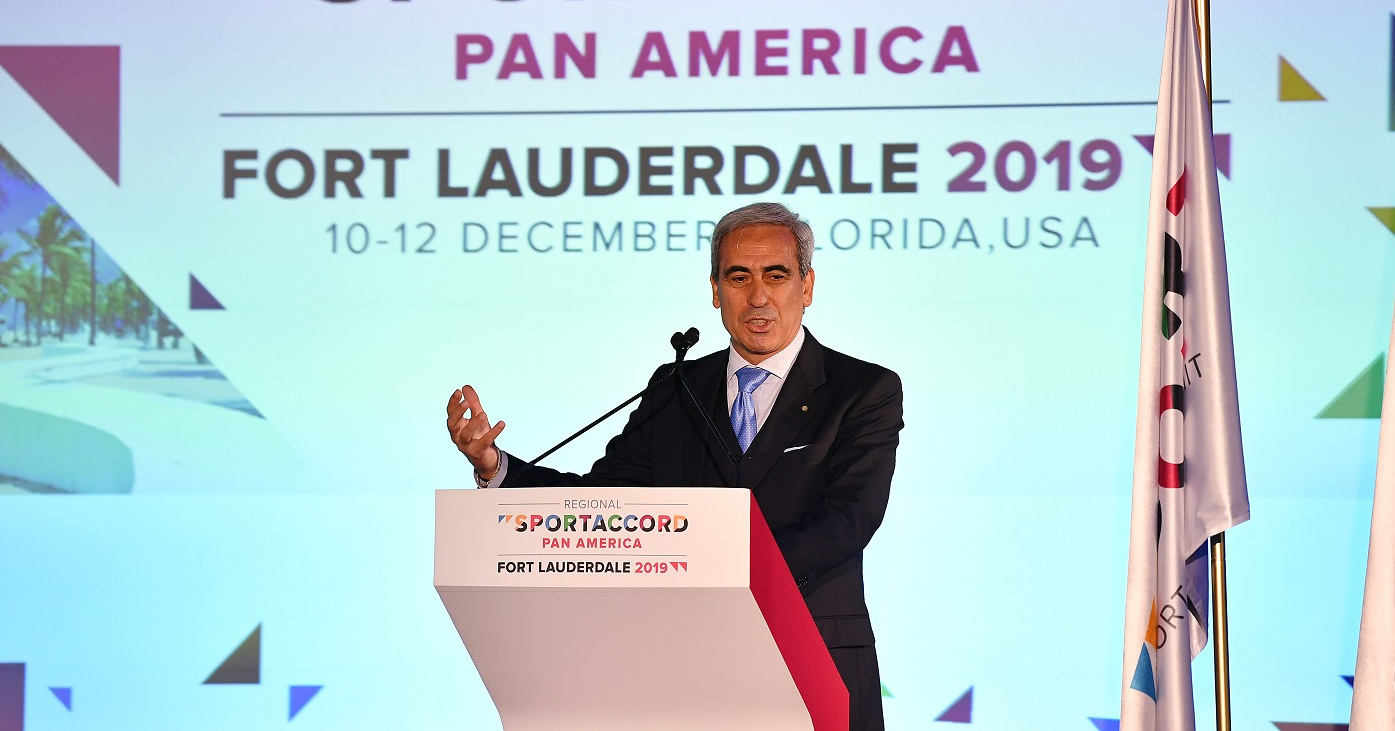 More than 100 leading sports officials and executives attended the first ever Regional SportAccord, with the overall theme looking at “A United Approach to the International Sport Landscape in the Americas.”

GAISF played an important part in the panel discussions, with GAISF President Raffaele Chiulli talking about sports governance and the role of International Federations (IFs) adapting to change.

“Over the last 30 years in particular, we have seen a massive change in commercial potential and a massive professionalisation of sport,” President Chiulli said.

“One important thing to understand is that there is no one-size-fits-all approach. After all, GAISF’s membership goes from organisations the size of FIFA all the way to those with only a few full-time employees. But it is very important to constantly ask if it is possible to do more.”

GAISF Director Philippe Gueisbuhler also took to the stage during the panel session on the emergence of esports and spoke about the challenges and opportunities for traditional sport.

“This train is already on the move, it is not a question of stopping esports,” Gueisbuhler said. “It is there and will continue to grow, our kids and young people are on board and all we can do is try to bring it in the right direction.

“We need to have a look at how people can use it as a balance between real sport, work and have a bit of fun, as well as making a competition out of esports. It is a question of balance.”

IF leaders were influential throughout the event, speaking on key subjects such as the social responsibility of sports stakeholders, knowledge transfer, safeguarding athletes, rebranding and transforming host cities.

Olympians Willie Banks and Nadia Comaneci also gave the athletes’ perspective on the subjects of anti-doping and athlete protection.

As well as the conference programme, Regional SportAccord also featured an exhibition and specific networking events. The programme finished with workshop on the needs of Pan American National Olympic Committees and how IFs could reach these nations.

“I was very happy to see International Federations and sports stakeholders from completely different backgrounds coming together and sharing ideas here in Florida. This is the very foundation of what SportAccord is, and I believe we have seen many bridges built which will help to further the role of sport here in the Americas and around the world.”

Attention now turns to the 18th edition of SportAccord, which will take place from 19-24 April in Beijing, China. As host of the 2020 Olympic Winter Games, Beijing will become the first city to have hosted the summer and winter Games.