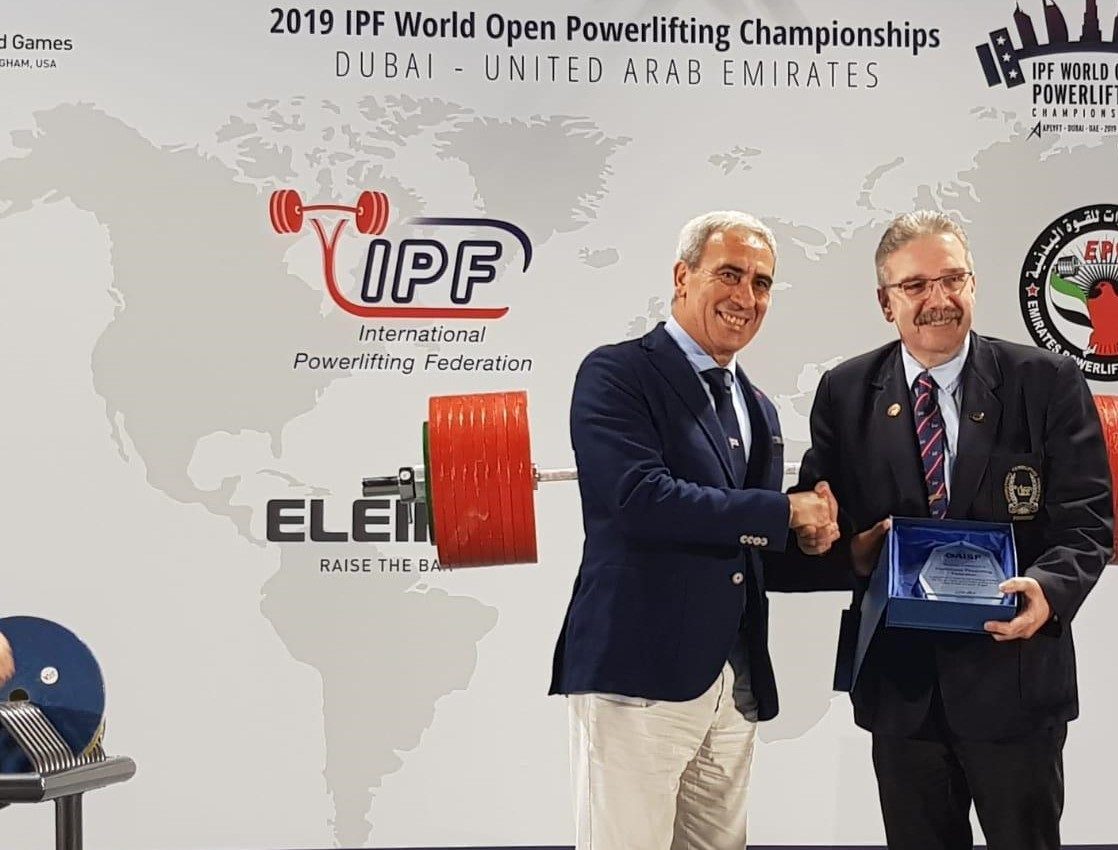 Before the Championships began, IPF President Gaston Parage was re-elected at the IF’s General Assembly, with Sigurjon Petursson also returning as Vice-President and Robert Keller relected as General Secretary. In an address to the IPF members, President Chiulli congratulated the members on their outstanding commitment to the sports movement, which included the IPC’s work with the Special Olympics and Paralympic Games as part of the Championships.

“It was fantastic to see the pure strength of these athletes,” President Chiulli said. “Over the last few days, fans have witnessed record-breaking feats and it was a wonderful opportunity to spend time with the leaders of the IPF.”

The prestigious World Ju-Jitsu Championships also drew to a close this weekend at the Mubadala Arena in Abu Dhabi. The annual Championships incorporated youth (under-18), junior (under-21), and adult age categories, with more than 50 countries represented. A total of 1,500 athletes competed in the Ju-Jitsu International Federation’s flagship event.

The athletes even welcomed the GAISF leadership by building a human pyramid that towered over their esteemed guests. 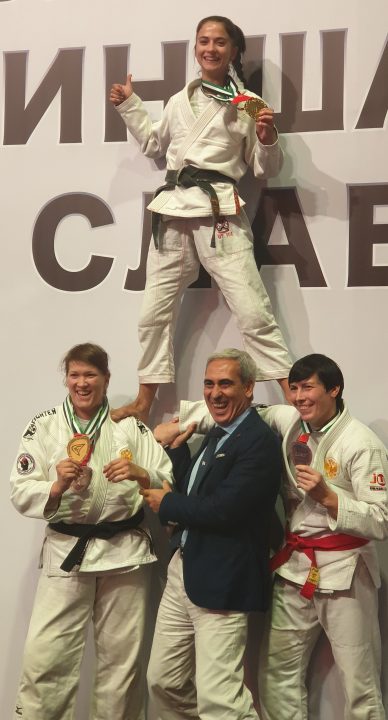 “Stephan Fox and I received a unique welcome at the Ju-Jitsu Championships on Sunday ahead of the Gala dinner,” said President Chiulli. 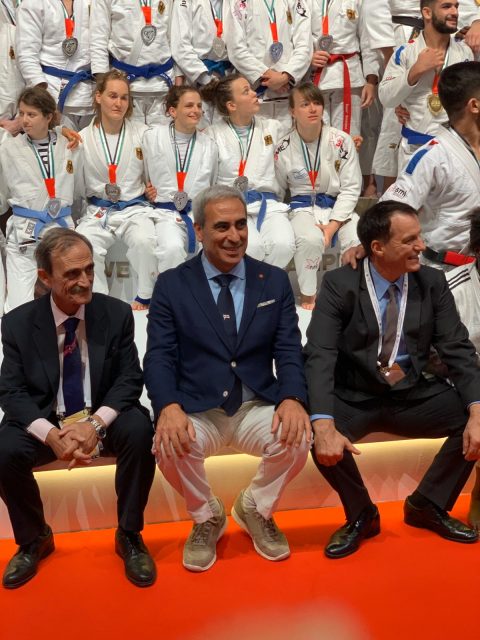 “It was inspiring to see so many young athletes taking part in this fantastic traditional Japanese martial art.”

After the event concluded, President Chiulli and Mr. Fox accepted an invitation to attend the Ju-Jitsu Gala Dinner on Sunday evening, hosted by the UAE Ju-Jitsu Federation. President Chiulli presented a special token as a symbol of his admiration and respect to the Ju-Jitsu President, Panagiotis Theorodopoulos, the Chairman of the UAE Ju-Jitsu Federation, His Excellency Abdulmunam Al Hashemi, and Ju-Jitsu Director General, Joachim Thumfart. Subsequently, both the GAISF President and Vice-President were invited to attend a horse racing event as a guest of the Chairman of the Abu Dhabi sports council, Aref Al Awani.