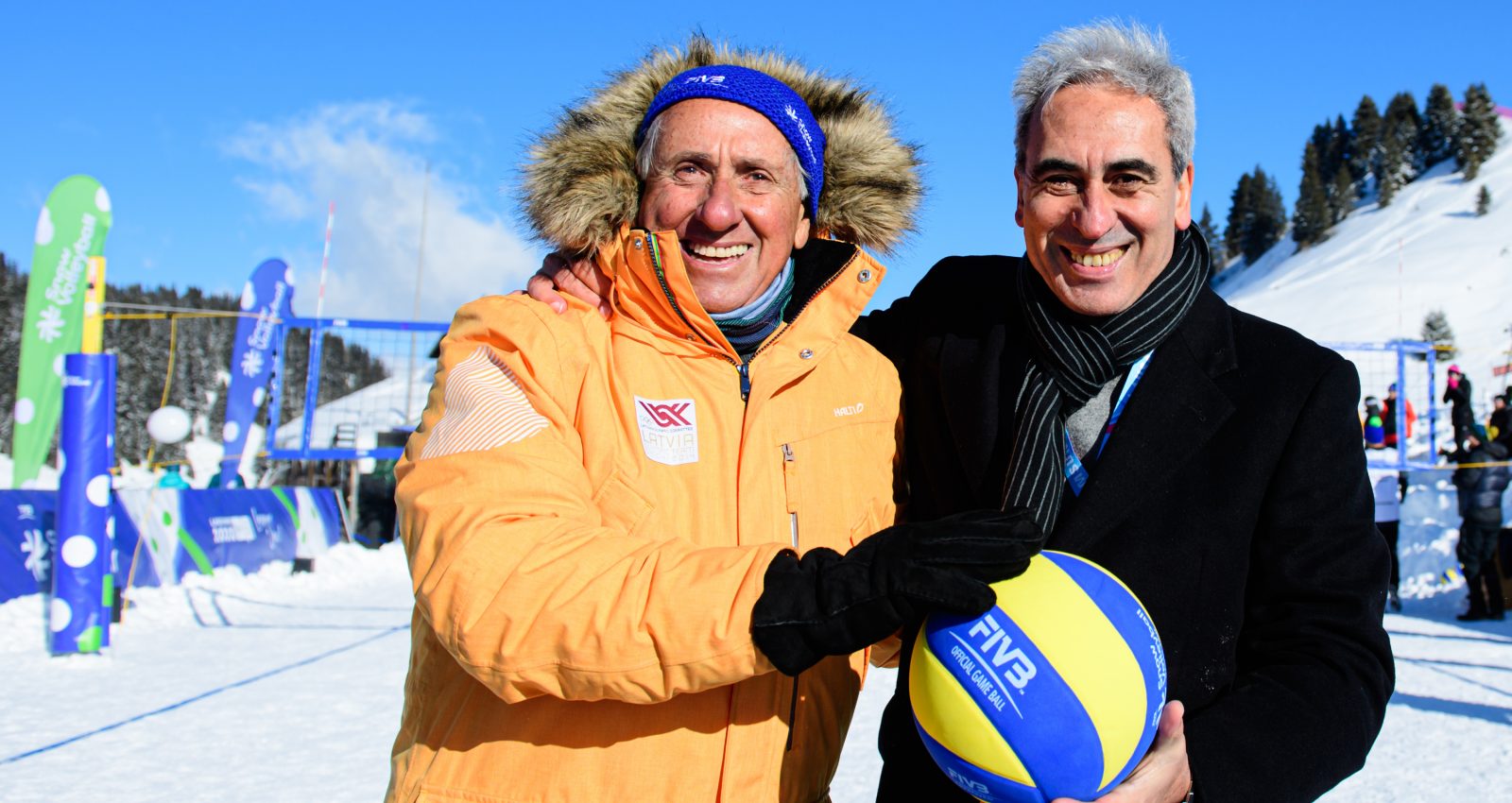 GAISF President Raffaele Chiulli took to the court in the snowy mountains of Bretaye, Villars-sur-Ollon for the FIVB’s spectacular World Snow Day festivities.

As part of World Snow Day organised by the International Ski Federation, Snow Volleyball Festival offered a two-day spectacle for boys and girls of all ages to try out the new winter discipline.

President Chiulli braved the icy elements of the Swiss Alps and got stuck into all the volleyball action, and even struck an impressive serve in his first-time on the temporary snow volleyball court.
The GAISF President joined a number of esteemed guests from the Olympic family, including IOC Vice-President Uğur Erdener, to watch Snow Volleyball Festival in action.

As part of his trip to Lausanne to meet with International Federations and sports movement stakeholders, as well as attending some of the Lausanne 2020 Winter Youth Olympic Games, President Chiulli made time to meet with FIVB President Dr Ary S. Graça Fᵒ and lend his support to the FIVB’s snow volleyball event.

“Snow volleyball is a great innovation and I would like to congratulate the FIVB and President Graça for the creation of Snow Volleyball Festival,” President Chiulli said. “It feels amazing to be playing volleyball in the mountains, the atmosphere, the scenery and enjoyment makes snow volleyball a wonderful winter sport.”

“Snow volleyball opens the door for athletes from northern hemisphere countries to play our sport more easily, as well as encouraging summer-sport nations to try a winter sport. President Chiulli is a great professional in the sports movement, and I look forward to welcoming him and GAISF to future events.”