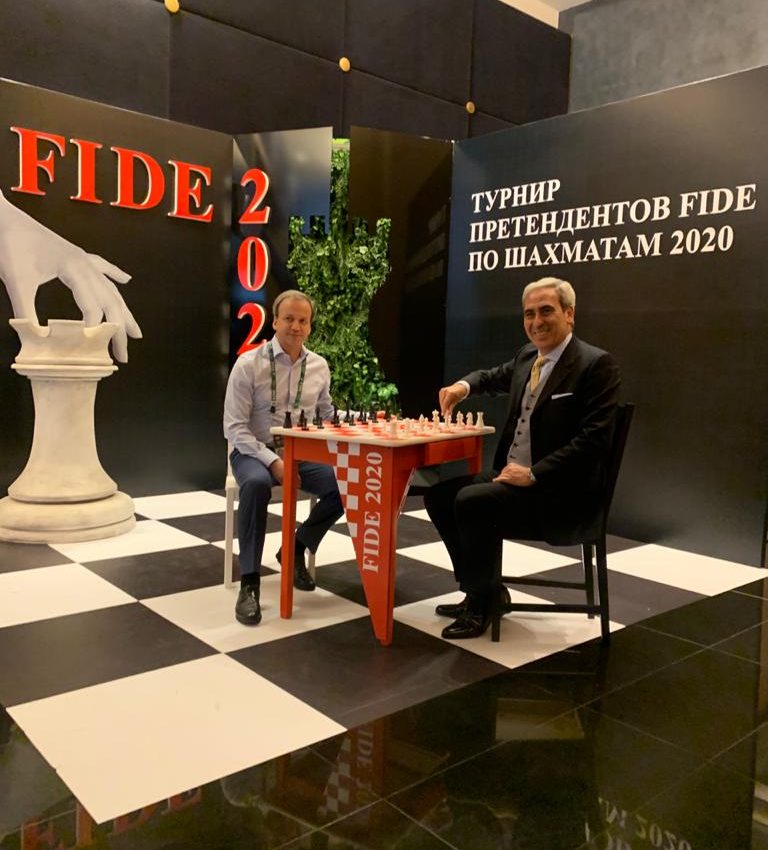 The meeting coincided with President Chiulli’s visit to Ekaterinburg, Russia on preparations for the SportAccord World Sport & Business Summit 2021 which is now scheduled for 7-12 November 2021. FIDE President Arkady Dvorkovich, meanwhile, was in the Russian city for the resumption of the FIDE Candidates Tournament following an interlude of over a year due to the COVID-19 pandemic. This eight-player chess double round-robin tournament decides the challenger who will face reigning World Champion Magnus Carlsen in the World Chess Championship 2021.

“It was a pleasure to meet with the President of FIDE in Ekaterinburg during the Candidates Tournament. Given the challenging year we have all been through, it was particularly special to be able to meet with some of GAISF’s Members in person for the first time in quite a while.

“I would like to congratulate FIDE President Dvorkovich, his team and the international chess community on their tireless efforts to restart the Candidates Tournament and bring incredible chess action to fans worldwide.”