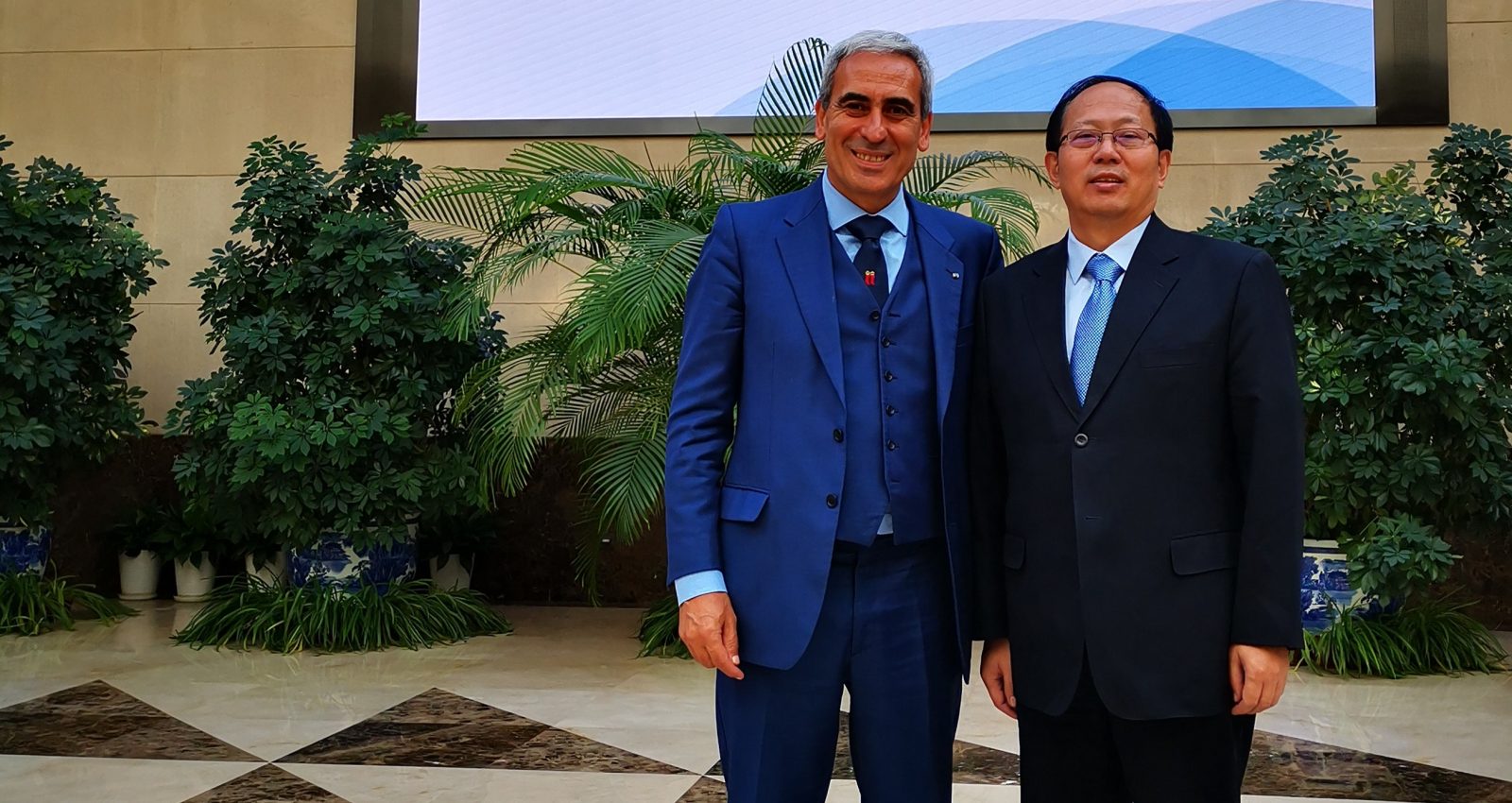 GAISF President Raffaele Chiulli, Vice President Stephan Fox and Director Philippe Gueisbuhler this week met with Chinese Olympic Committee (COC) President and Director of the Chinese State Administration of Sports, Mr Gou Zhongwen, at the COC headquarters in Beijing to talk about the future of sport, as well as the potential for future collaboration.

The delegation discussed the importance of International Federation development in China and throughout Asia, and the rich opportunities that were available for sports wishing to host major sporting events in the country.

The leaders of the two organisations also talked about the future of multi-sport games, and finding synergies that could be used to the benefit of GAISF’s own events. Beijing hosted the Olympic Games in 2008, and will become the first city to host both summer and winter events when it stages the Olympic Winter Games in 2022.

Following the meeting, President Chiulli, who is also President of SportAccord, said:

“It was an honour to meet Mr Gou and talk about the future of sport with him. China is a major hub for sports organisations, not only with the Olympic Games coming, but with a number of major events being held here. There is an incredible passion for live sport here and we are clearly seeing a trend from International Federations looking to China.

“GAISF will also be here next year for SportAccord 2020, and we are now synchronising our efforts to ensure we find the most synergies for the benefit of all of our Members.”

The theme of SportAccord 2020 will focus on ‘Breaking Down Barriers in the Ever-Expanding World of Sport’, offering GAISF Members an unrivalled opportunity to learn more about expanding their organisations in Asia.