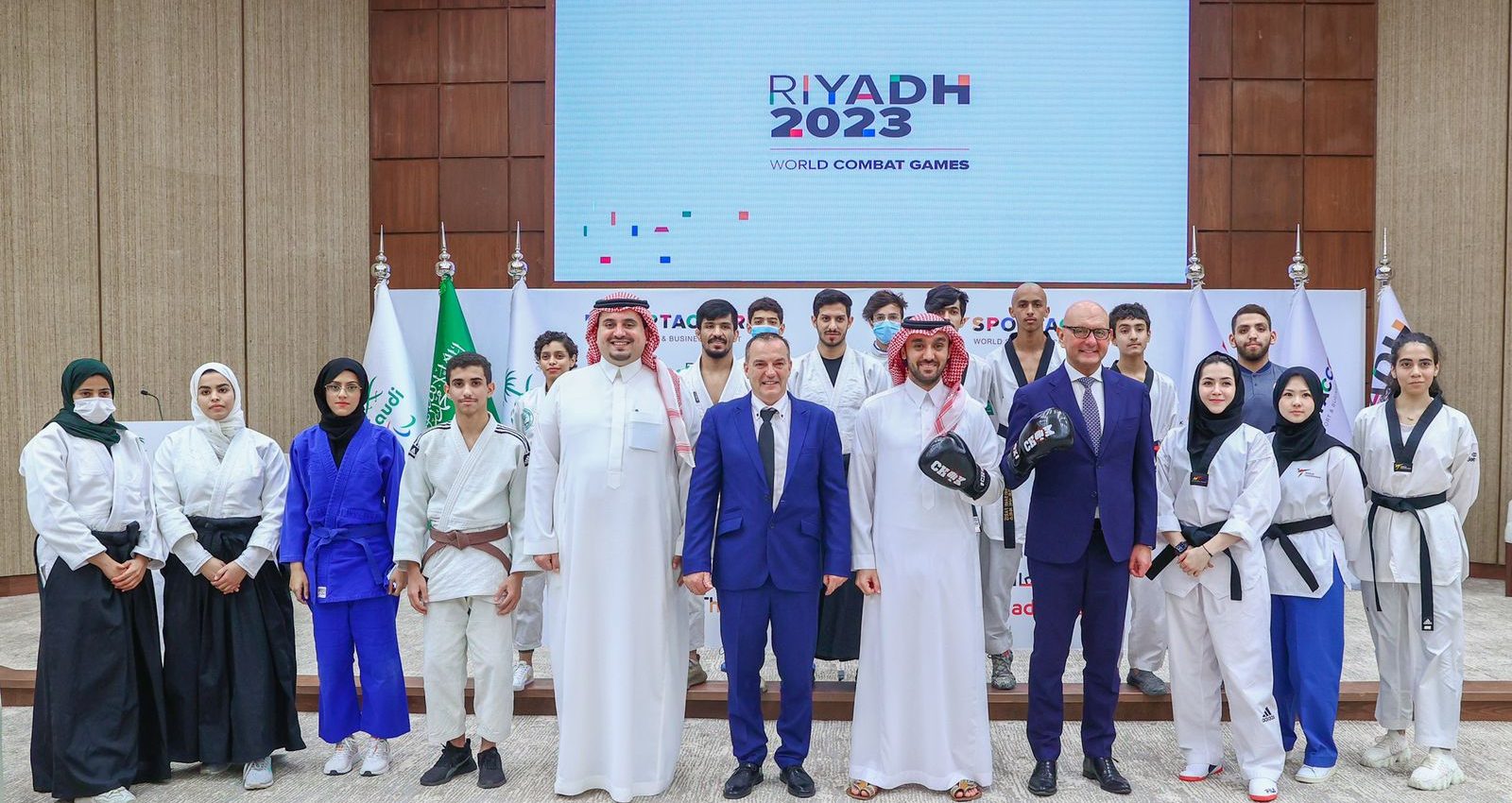 GAISF is delighted to announce that the 2023 World Combat Games (WCG) will be held in the capital of the Kingdom of Saudi Arabia, Riyadh, from 21-30 October 2023.

The final dates for the beautiful capital city of Riyadh, Saudi Arabia, to host the ultimate celebration of combat sports and martial arts were approved in a joint meeting between GAISF and the Local Organising Committee on 8 September 2022.

The meeting was co-chaired by Saudi Arabian Olympic Committee (SAOC) Vice President His Royal Highness Prince Fahad bin Jalawi Bin Abdulaziz and the Chair of the GAISF Multi-Sport Games, Stephan Fox. In addition to finalising the date of the event, the meeting participants discussed the all-inclusive sport programme, competition venues, the opening and closing ceremonies, and the award night among other points.

“The Kingdom of Saudi Arabia is looking forward to hosting a memorable and inclusive 2023 World Combat Games in Riyadh. This event will celebrate unity, champion diversity and share the positive values of combat sports and martial arts with the rest of the world. We look forward to welcoming athletes, fans and officials for what will be an exciting international multi-sport festival.”

“We are delighted to announce the dates for the 2023 World Combat Games in the city of Riyadh, Saudi Arabia. I know that athletes and fans travelling to Riyadh from around the world will receive the warmest of welcomes. This major multi-sport games will help inspire the next generation of combat sports and martial arts athletes in Riyadh and around the world.”

Preparations for the WCG are well underway, and over 2,000 athletes representing 15 combat and martial arts are expected to participate in the event.

In addition to the recent joint meeting, a historic signing ceremony was held in Riyadh in April 2022 and delegates from GAISF, led by Stephan Fox, also had the opportunity to visit the proposed venues for the WCG in November 2021.

“The 2023 World Combat Games is far more than an international sporting event, it is a sporting, cultural and educational exchange that will combine ancient tradition with world class competition. Throughout the nine days, Riyadh will become the martial arts capital of the world.”