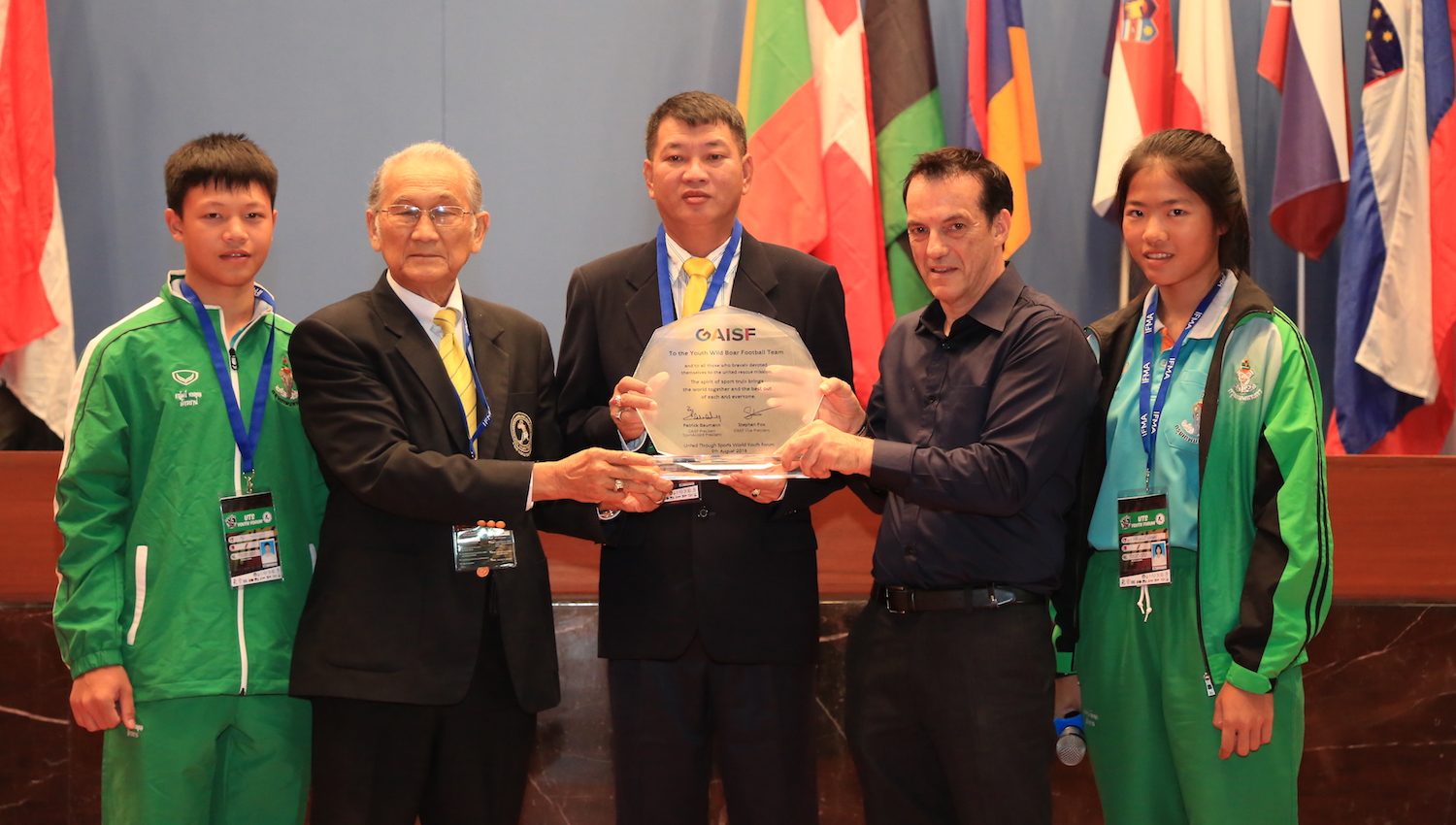 Almost 1,200 young people from 90 countries representing 50 sports took part in the United Through Youth World Forum in Bangkok, Thailand, held to highlight and celebrate the importance of sport for young people in displaced and disadvantaged communities all over the world.

Following an incredibly successful collaboration at SportAccord 2018, the International Federation of Amateur Muaythai (IFMA) once again came together to partner with United Through Sports to host the two-day event, which was supported by GAISF.

As well as the conference programme, the Forum also included a show-stopping Gala Awards evening where inspirational athletes were recognised. A true highlight of the ceremony was a special commendation for team spirit awarded to the Wild Boar football team, whose rescue captured the world’s attention after flash flooding left the team and their coach trapped in a Thai cave for 17 days earlier this year.

“Sport teaches us all so many vital skills that are required, no matter how old we are or where we live. United Through Sport provides opportunities for young people to experience sport and gain these skills and, as the leaders of sports, we should focus our attention on creating platforms for all to play.”

The Forum drew to a close with a cultural festival, celebrating the themes of “Unity and Diversity”.

During SportAccord 2018, the inaugural Thailand Sports Festival took over Centara Square in Bangkok, where more than 100 children participated in the United Through Sports opening of the festival. The Bangkok Sports festival incorporated 58 different Olympic and non-Olympic federations to celebrate the rich diversity of Thailand’s sports and culture.