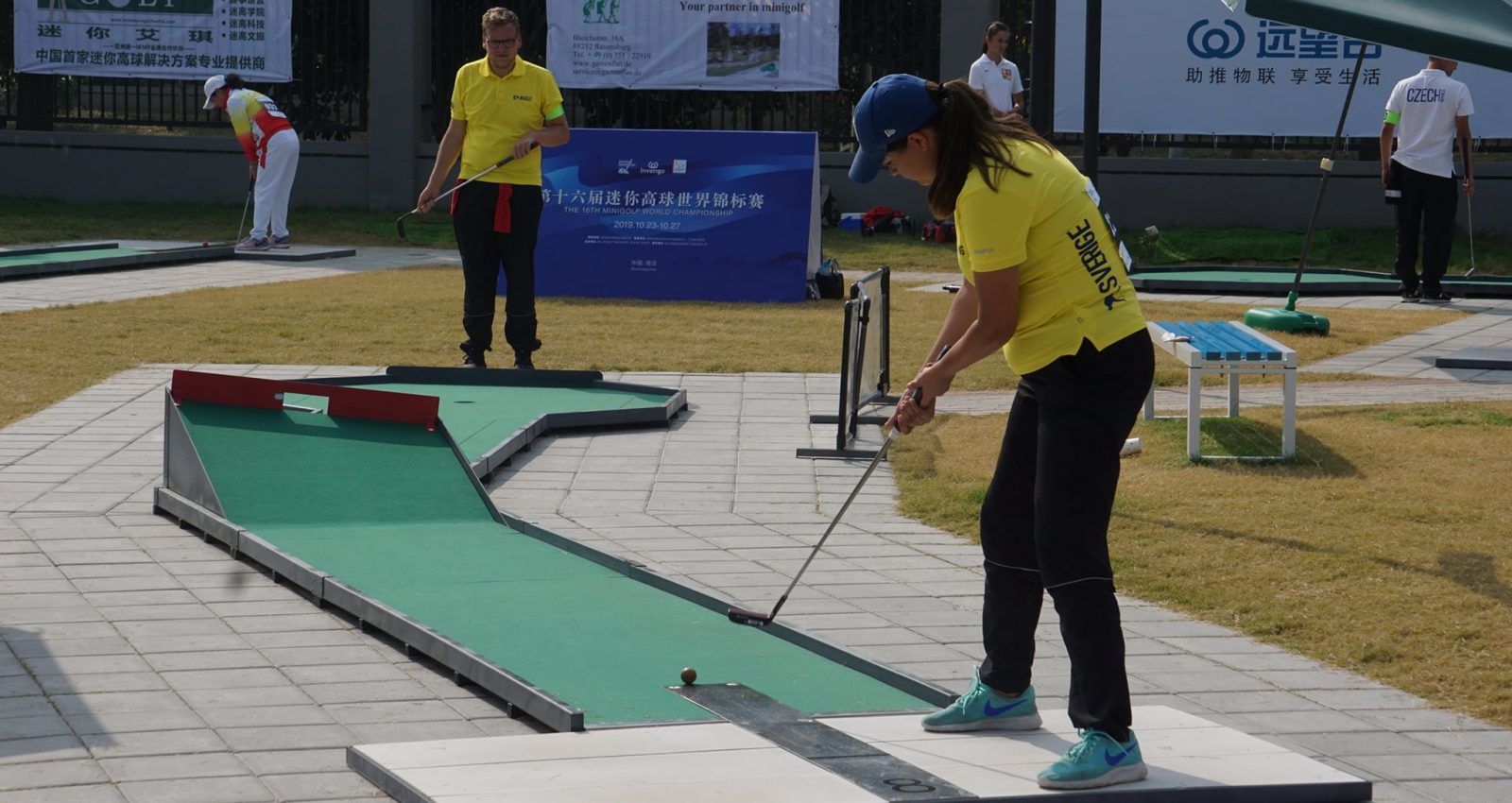 The Minigolf World Championships reached a historic moment milestone this week in Zhouzhuong, China, as mini golf’s showpiece event was broadcast around the world for the first time.

Now in its 16th year, the World Minigolf Sport Federation (WMF) World Championships are being live streamed on the Olympic Channel, creating an opportunity for new and existing fans to follow the best players in the world.

A multi-platform global media destination, offering year-round coverage of Olympic sports and athletes, the Olympic Channel over-the-top (OTT) service is available worldwide at olympicchannel.com, as well as via its mobile apps and on connected TV devices.

The WMF was founded in 1980 in St. Margrethen, Switzerland, comprising just 15 nations. Presently, the WMF is a member of the Alliance of Independent Recognised Members of Sport (AIMS), incorporating 63 countries across five continents. It is the first time the World Championships has been held outside of Europe, and this year features a record field of 178 players from 26 nations.

Dr. Zimmermann expressed his delight in the growth of mini golf:
“The drastic increase of participants challenged the tournament’s existing system but the Memorandum of Understanding with the Olympic Channel has provided us with new opportunities and we are very thankful for the support.
“The growing interest in mini golf directed the WMF to adapt the competition format for the benefit of future competitions. I am excited for some of the spectacular new competition formats that the WMF will be able to broadcast in the near future.”

With the rapid expansion of the organisation, the WMF has introduced Mixed Pairs as a new event in the 2019 edition of the World Championships. A mixed pair consists of one female and one male athlete of the same country. The athletes alter in playing the lanes as well as in playing strokes on each lane.

“The Mixed Pair category was a great success at the 2018 Youth World Championships in Cheb, Czech Republic,” Dr. Zimmerman added. “Teamwork is the key to succeed in this discipline.”
The WMF will be at the SportAccord IF Forum next week to take advantage of the networking opportunity with multiple stakeholders and organisations that culminate for this highly anticipated event.“The membership with GAISF is invaluable to the WMF,” Dr. Zimmermann said. “At the SportAccord Convention in 2017, the WMF were able to build close cooperation with the International Golf Federation (IGF) as a direct outcome of a meeting held at the event.”

To watch the rest of the 2019 WMF Minigolf World Championships, please click here.