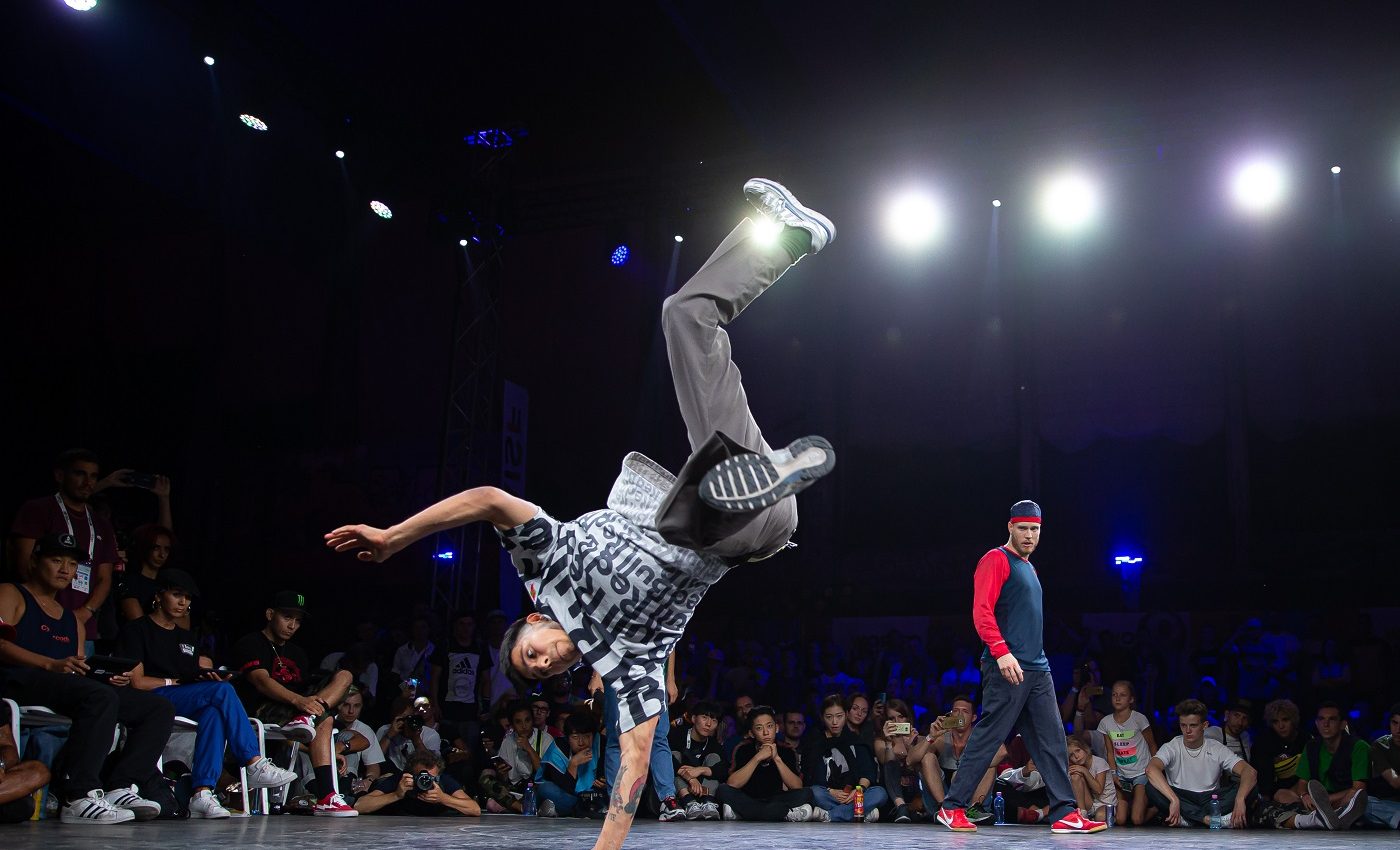 Misaki Katayama of Japan made history by winning the first ever World Urban Games gold medal, topping the podium a score of 78.33 in the roller freestyle competition. After an exceptional performance, Katayama was presented her medal by GAISF President Raffaele Chiulli. Maria Munoz (ESP) and Suzuka Hyoyama (JPN) joined Katayama on the podium in second and third respectively. In the men’s event, Frenchman Roman Abrate scored an incredible 92.00 to win gold in Budapest, with Maxime Genaud (SUI) and Sem Croft (NED) taking silver and bronze.

In the Breaking Battle Arena, a pumped-up crowd ensured an electric atmosphere as b-boys and b-girls went head-to-head for the World Urban Games Budapest 2019 breaking title. Reigning world champion Ami (JPN) defeated Sunny (USA) in the women’s final, while Victor took victory for the USA in the men’s event, beating out world champion Menno from the Netherlands for top spot.

Russian Aleksandra Shevchenko won gold in the women’s freestyle parkour event, scoring a total of 24.5 points to beat 18-year old Czech Adela Merkova (22.00) and Bo Zuijderwijk (20.50) from the Netherlands. In the men’s speed event, Czech Matej Srovnal secured his country’s first gold medal with a final time of 21.92 seconds. In the battle for second, only one thousandth of a second separated Alberto Gomez (ESP) and Oleksandr Titarenko (UKR).

Three Australians qualified for the final of the men’s BMX freestyle event, with Logan Martin topping the table. He will be joined in Sunday’s final by compatriots Brandon Loupos and Jake Wallwork.

In the women’s 3×3 basketball, China and Russia secured their places in the semi-finals by winning their respective groups. Tomorrow’s quarter-finals will see Ukraine take on the Netherlands, and France play hosts Hungary. In the men’s event, Russia and France topped the groups and automatically progress to the semi- finals, while Ukraine will meet with the Netherlands, and Belarus play Romania in the quarter-finals.

Throughout the day, street artists took to the walls of the old market hall, leaving their distinctive tags on the previously abandoned building. Kids were encouraged to try their own brand of street art, and the venue was full of young people trying out sports, such as flying disc, basketball, parkour and skating.

Following the conclusion of the day’s sporting competition, music from Cloud9+ and Chase & Status kept the Hungarian crowd entertained until late into the night.

The World Urban Games Budapest 2019 concludes tomorrow with several more medal events. Follow all the action the Olympic Channel’s live stream, and you can have your say on Instagram, Twitter and Facebook using the hashtag #WUGBudapest.