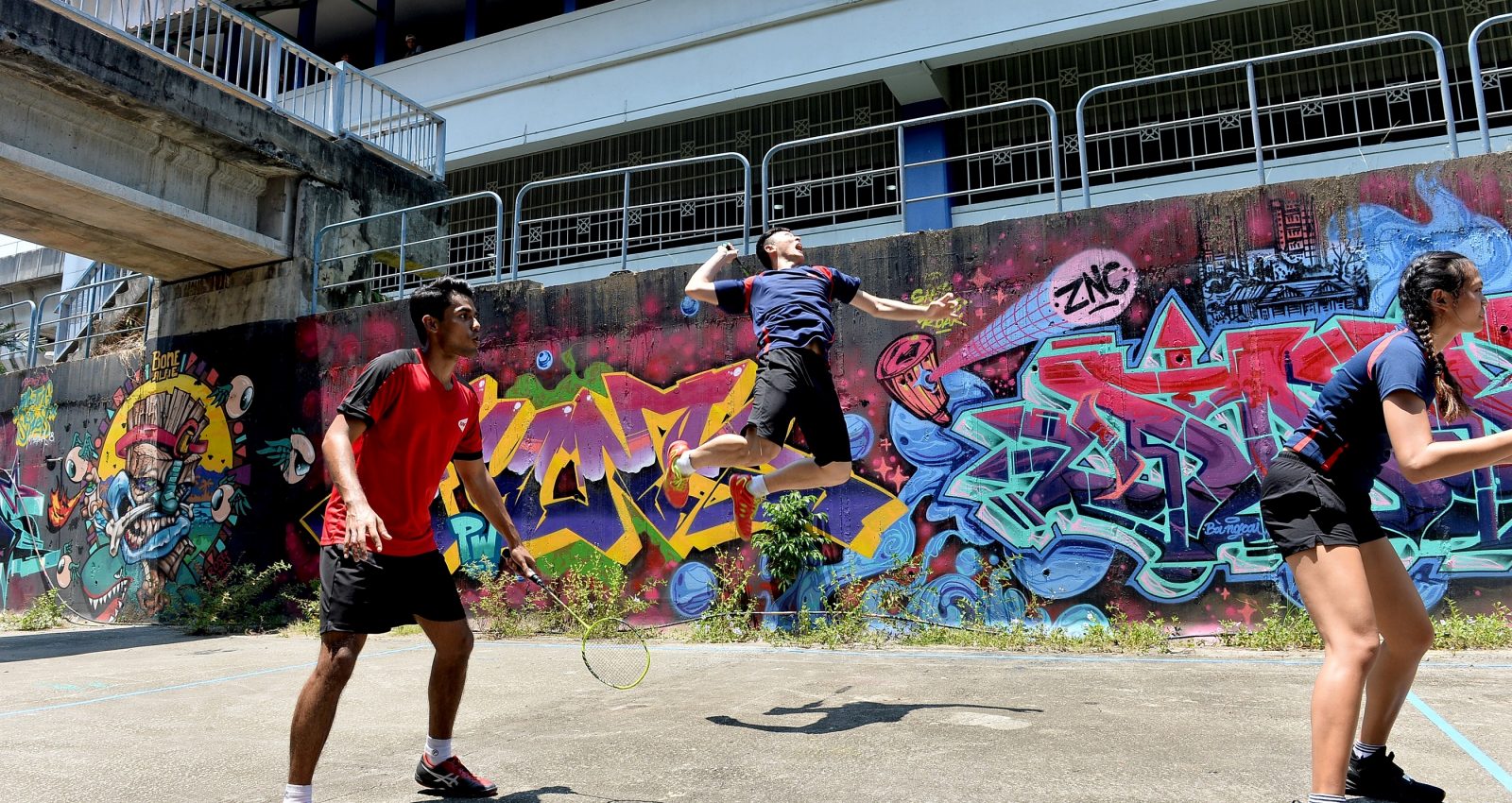 The Badminton World Federation (BWF) has launched AirBadminton, a new outdoor version of the sport, at a global ceremony outside the Tianhe Gymnasium in Guangzhou, China last week.

Badminton currently has more than 300 million active players globally and AirBadminton is an ambitious new development project designed by the BWF to create opportunities for people of all ages and ability to play badminton on hard, grass and sand surfaces in parks, gardens, streets, playgrounds, and beaches around the world.

An underlying objective of AirBadminton is to promote the health and social benefits of badminton by providing more positive badminton experiences to more people in more places.

The new outdoor game is also played on new court dimensions, making it more suitable to play in outdoor environments; on hard, grass and sand surfaces around the world.

The project has been five years in the making, starting with a vision to develop a new outdoor shuttlecock with increased durability, stability and wind resistance to allow people to have a more positive experience of badminton outdoors.

“Badminton is already a sport that is played outdoors all over the world, in places which don’t have indoor venues, but wind is a big factor. The AirShuttle will reduce the impact of the wind; it will improve the enjoyment and will make our sport more accessible.

“AirBadminton can be played with the same racquet as indoor badminton, and the size of the court, the trajectory of the AirShuttle, the style of play is all very similar to the original sport.

“The intention that AirBadminton will be played for a recreational level; to increase participation and enjoyment of our sport. We have a plan to launch a number of local development projects which will really drive the growth of the discipline. But all sports started somewhere and who knows where AirBadminton can go. We already have National Federations thinking a lot about where this can go, but right now we just want to focus on people around the world playing badminton.”

BWF President and Atlanta 1996 Olympic Games men’s singles gold medallist Poul-Erik Høyer was present at the launch and said AirBadminton provides a pathway for increased global participation in the sport, while opening up doors for a new, highly attractive form of competitive badminton.

“This is a momentous occasion for badminton. Strategically, AirBadminton will allow to fulfil our overall objective of putting a badminton racket in the hands of as many people as possible,” he said.

“Given that most people’s first experience with badminton comes in an outdoor environment, we are now making it easier for everyone to access the sport through a new outdoor game and new shuttlecock, the AirShuttle.

“In the future, we see AirBadminton as an exciting, new, energetic version of the sport. Overall, the aim is to inspire more people to play more badminton in more places.”

The BWF is currently working with leading sports manufacturers to mass produce and rollout the AirShuttle. The eventual aim is for the shuttlecock to be played in winds up to 12km per hour.

Other areas of activation for the BWF include establishing AirBadminton courts throughout the city of Guangzhou, the home of the BWF World Tour Finals.