“BeyOnd the Times, bridgE the World” - The 2019 chUngju world Martial artS mastersHips begin in Korea 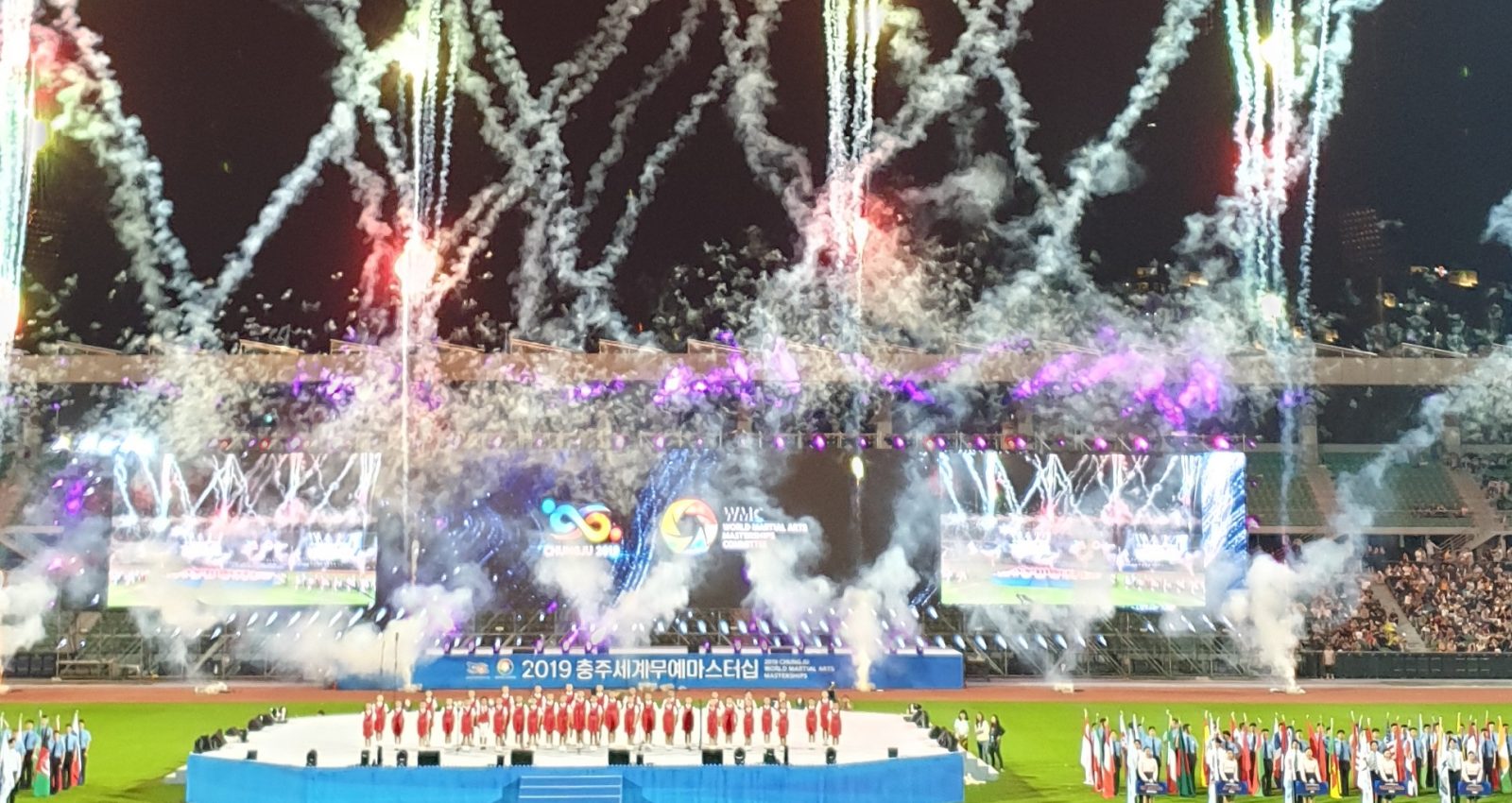 Under the patronage of GAISF, the Masterships is a celebration of harmony through world martial arts, celebrating the core values of dignity and harmony, peace and coexistence, and fulfilment and solitude. The theme of this year’s event is “Beyond the Times, Bridge the World”.

In his speech, President Chiulli spoke of the important role sport can play in bringing peace and stability:

“This important event brings together the world of martial arts and combat sports here in one of the most beautiful cities in South Korea.
“Sport plays a unique role in promoting sustainable development and peace.
“When the world is divided – sport can be a tool for reconciliation.”

The Masterships aim is to promote the continual development of combat sports around the world. Incorporating 20 martial arts, the event unites the passion and enthusiasm for traditional martial arts. More than 4,000 competitors from 106 countries will compete.

The opening ceremony began with the introduction of each sport and a performance highlighting the rich culture of Korea and the important of martial arts throughout the history of the country.

His Excellency Ban Ki-Moon, eighth Secretary-General of the United Nations and current head of the IOC Ethics Commission, attended the event in his role as Honorary President of the 2019 World Martial Art Committee, as did GAISF Vice-President Stephan Fox, who delivered a speech at the WMC General Meeting.