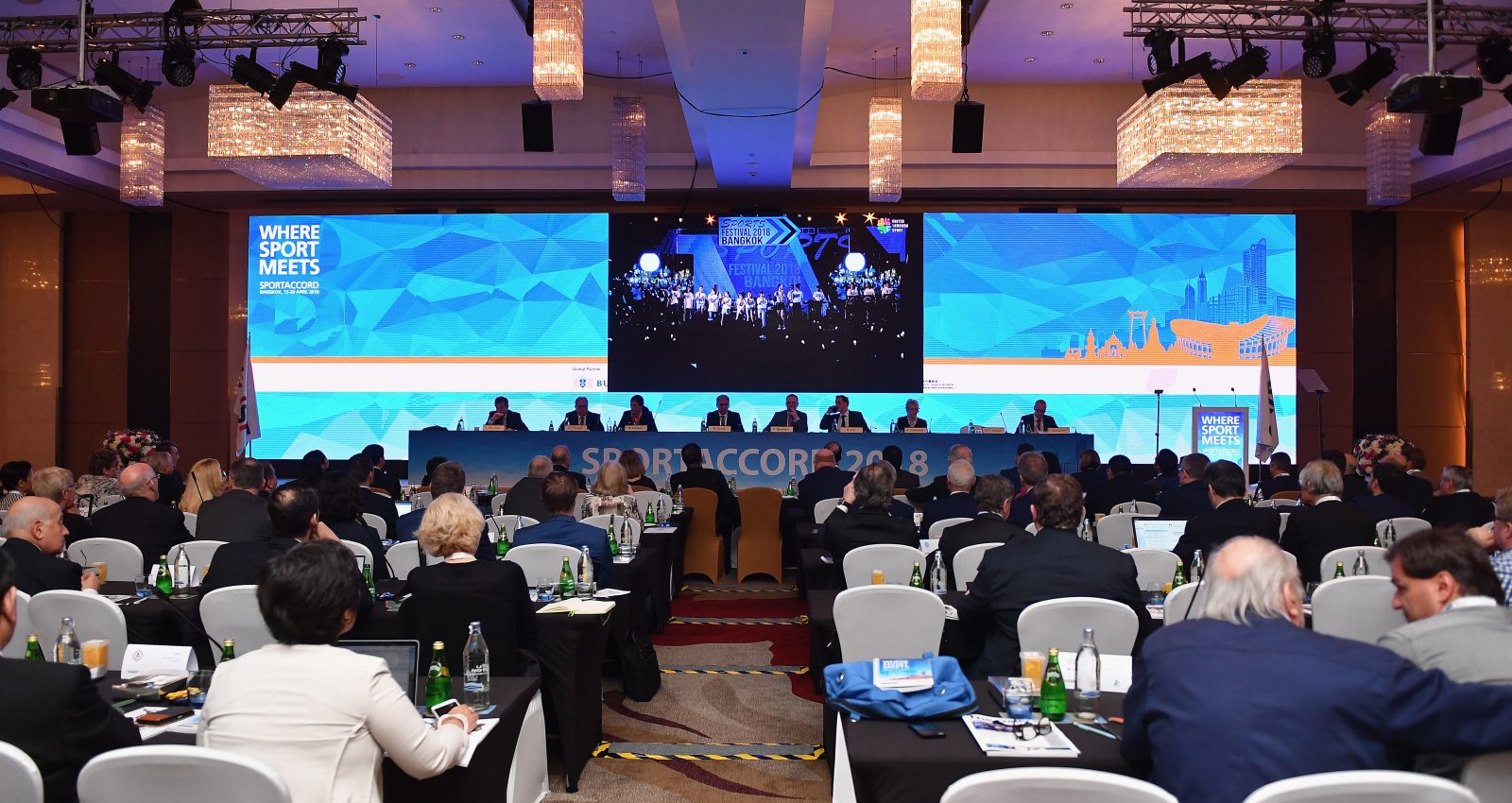 The 2019 GAISF General Assembly (GA) will bring the curtain down on what promises to be a spectacular SportAccord, taking place in Oceania for the first time in the organisation’s history.

GAISF’s GA brings together its 125 Members, Associate Members and observers to discuss and decide on topics that will influence the direction of the wider sports movement.

One of the most notable items on this year’s agenda is the election of a new GAISF President, following the passing of Patrick Baumann. Raffaele Chiulli is running unopposed, and has released his proposed work programme to GAISF Members, outlining his vision for the future of the organisation.

In November 2018, GAISF conducted a Good Governance Survey, issuing a questionnaire to Members from the Association of IOC Recognised International Sports Federations (ARISF) and Alliance of Independent Recognised Members of Sport (AIMS). The survey aims to highlight areas of strength and weakness for each International Federation, and results from the review will be shared at the GA on Friday.

GAISF will provide an update on its exciting plans for the future of multi-sports games, including a progress report on the highly anticipated World Urban Games Budapest 2019. The Hungarian capital was announced as host city for the inaugural Games earlier this year and will take place from 13-15 September.

Special presentations from the International Basketball Federation (FIBA) and the Olympic Channel will also give GAISF Members special insight into the best practice workings of each organisation.

The International Testing Agency will also deliver an update, one year on after adopting GAISF’s Doping-Free Sports Unit as the operational nucleus of its activities.

The GAISF General Assembly begins at 9:30 am Australian Eastern Standard Time (GMT+10) on Friday 10 May. The entire GA will be available to live stream from https://gaisf.sport/.

Keep on top of all the exciting developments from SportAccord by following @GAISF_sport and using the hashtag #SA2019.